AREA has done it again! We are honored to be a part of the ever-growing restaurant scene around Kansas City.  Below are some exciting restaurants that are opening in the next couple of months that AREA had a leasing hand in. 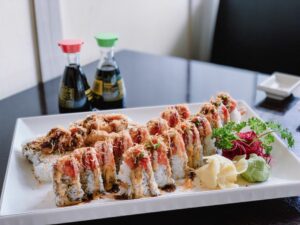 The name Prime Sushi could be a little deceiving: the restaurant offers almost a 50/50 balance between raw fish and hot dishes. On the menu, you’ll find Japanese sushi, sashimi and maki rolls and combination platters, as chicken and pork bento boxes. Bowls of ramen and udon noodles sit next to Korean bulgogi and bibimbap bowls. The family owned and operated restaurant has plenty to keep the everyday sushi lover happy.

Not only do these playfully named; generously sized rolls taste great, they are made by professionally trained, skilled sushi masters using fresh fish and creative and fun ingredients. 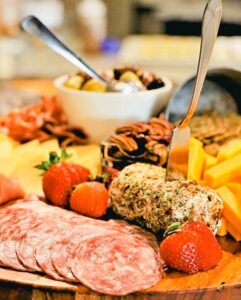 Scratch Gourmet Express & Catering is opening its first location in Kansas City and is set to open this Spring in the former Standees space at Prairie Village Shops.  Scratch Gourmet Express and Catering focuses on providing customers with an exceptional food experience. Often our fondest memories revolve around sharing great food with family and friends.

Their award-winning team has traveled the world over the last 15 years, soaking up the authenticity of the international cuisine they serve. They offer a refined modern twist on comfort food, as well as globally influenced recipes that reflect the true melting pot of American cuisine.  The food is always made fresh in-house using carefully selected high-quality and locally sourced ingredients. To view grab and go menus, or place catering orders, click here. 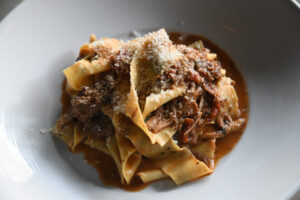 Plate Restaurant is expanding its footprint with a second location in Leawood this fall. Plates current location is in Brookside at 701 E 63rd Street.  The new restaurant will occupy the 5,972 SF former California Pizza Kitchen space at 11655 Ash Street in Park Place.

Park Place is the ideal location for this restaurant’s loyal customer base. There is a need for the taste of central Italy, especially their traditional pizzas, in Leawood, and there’s no better location for that than the top-quality office and retail property that Park Place has always been.  Park Place Village is a 483,984 square foot mixed-use property made up of 10-building complex’s that offers a variety of amenities including boutique shops, upscale restaurants and cafés. The surrounding area features the Aloft Hotel, 120 apartments, 30 townhouses and 27 lofts. 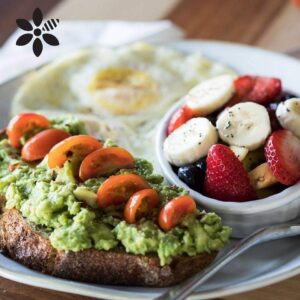 Homegrown, a daytime eatery staple in Wichita, KS, is opening its first Kansas City location this summer in Brookside.  Homegrown offers breakfast, brunch, and lunch with its thoughtful dishes and baked goods everyone is sure to love.  Known for its scratch cooking, HomeGrown uses fresh, locally produced ingredients and shares a passion for cultivating kindness in the community. Top menu items include their home-made pop tarts, avocado toast and brunch cocktails.

Brookside, a trendy neighborhood south of the Country Club Plaza is home to many upscale restaurants and shops, making this the perfect fit for Homegrown.  The Brookside location will be the fourth location in total, with three other locations in Wichita, KS.

AREA’s Tiffany Ruzicka handled the leasing in this transaction 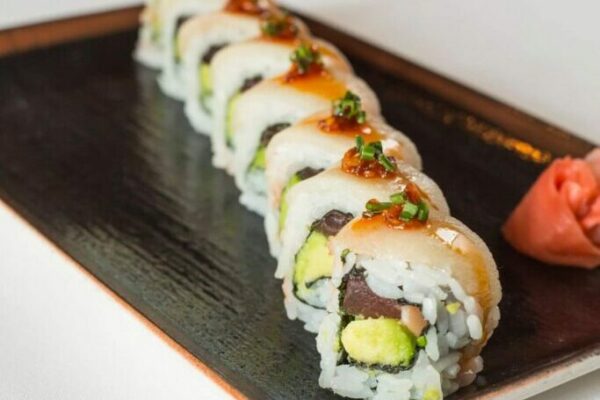 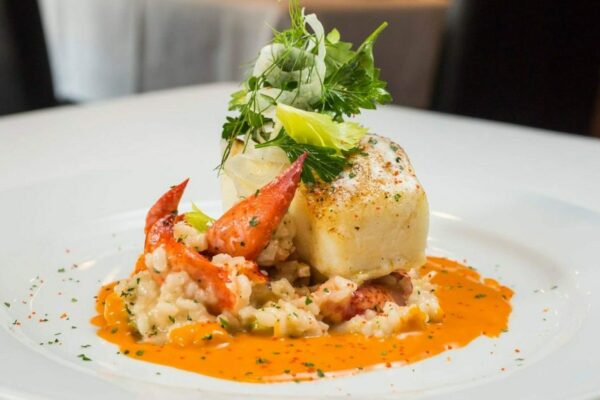 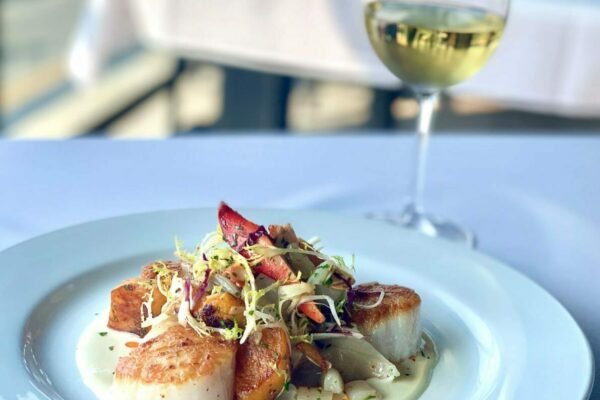 The Country Club Plaza‘s newest 14-story office tower development, 46Penn Centre, has hooked its latest tenant. Ocean Prime + Prime Social Rooftop will open this fall in the area’s most popular shopping and dining district. The 8,500 SF restaurant space includes three private dining rooms and a peninsula bar with an extensive menu, including prime steaks, chops, chicken and seafood. Prime Social, the only rooftop venue in Kansas City with views of the Country Club Plaza and Kansas City Metro, will offer weather-proof outdoor dining and a fire pit area on the 5,500 SF lounge. Prime Social will also be available to reserve for private parties and events. Ocean Prime and Prime Social are both new to the Kansas City Market and will bring a unique opportunity for guests to enjoy a meal and/or a cocktail with unmatched views of the city.

Ocean Prime is known to be the ideal place to socialize, talk business, celebrate and indulge. The award-winning restaurant has over 15 locations across the nation. A few of its nearly 20 accolades include Travel and Leisure’s “100 Best Restaurants Worth Splurging On,” Open Table’s “100 Best Restaurants in America for a Big Night Out,” CNBC’s “10 Restaurant Brands to Watch,” and the “Wine Spectator Award of Excellence.”

Ocean Prime + Prime Social Rooftop is one of many concepts Cameron Mitchell Restaurants, LLC (CMR) owns. CMR was formed in 1998 from the consolidation of six then-existing restaurant limited partnerships for the purpose of developing, owning and operating additional restaurants. It currently operates 36 restaurants in 23 states and the District of Columbia, with more in anticipation throughout the next years. CMR strives to exceed the guest’s expectations on every plate, at every table, at every meal, at every restaurant, in every city and state, and to do it time after time.

46Penn is excited to have landed both the Ocean Prime and Prime Social concepts, and CMR is looking forward to its first entry into the Kansas City Market. AREA Real Estate Advisors was happy to assist Block Real Estate Services and the owners of 46Penn Centre with this high quality, high energy “prime” deal!

Founded in Southern California in 2010, Nekter is quickly becoming one of the restaurant industry’s most successful emerging brands today.  With nearly 100 restaurants across the United States, they make drinking green juice an easy, but important part of your day! This will be Nekter’s second location in the KC Metro, with a current location in Hawthorne Plaza at 119th & Roe in Overland Park.

Banksia Holdings, LLC. announced  the signing of two leases today in the Board of Trade Building at 4800 Main St, to result in two new South Plaza restaurants, Banksia and Duck & Roll.

Banksia is an Australian Bakehouse and Café known for its unique breakfast and lunch menu, as well as baked goods and pastries. The original location was established in 2018 and is located at 105 W 9th Street, in the historic Crosby Hotel, and has received national acclaim and was recently featured on the Food Network’s Diners, Drive-Ins and Dives in August 2019.

Banksia is expected to open in early 2020, serving breakfast and lunch seven days a week. In addition, the new location will launch a dinner menu based on the share-plate concept that was successfully tested in their downtown location. Banksia also expects to have a full liquor license with bar seating. The 2,300 sq ft space is expected to hold approximately 80-90 people.

“Banksia was borne out of a passion for bringing Australian influenced food from the amazing café scene of our home country and has quickly become a huge hit with Kansas Citians. In fact, it has become so popular that we quickly realized we needed a second location to cater to our burgeoning customer base and felt that the South Plaza area was ideal for our first expansion,” said Robert Joseph, Banksia founder, and CEO.

Duck & Roll will be located next door in a 2,500 sq ft space and will be open for Lunch and Dinner, 7 days a week. The restaurant will seat around 50 people at the restaurant and will also have a strong focus on carry-out and delivery.

“We are excited to announce the opening of Duck & Roll serving Chinese BBQ, Dumplings, and a Wok & Noodle Bar. We expect to be open before Christmas and can’t wait for people to try our tasty Cantonese menu, including Peking Duck, Char Siu Pork, and an array of steamed dumplings, noodles, and fried rice dishes,” said Joseph.

Joseph, along with business partner and spouse Kate Joseph, and business partner Erika Vikors, are all from Australia originally and were instrumental in the development, expansion, of Banksia, and launch of Duck and Roll, as were AREA Real Estate Advisors who served as a broker and now landlord in the contract.

“Duck and Roll is bringing a popular cuisine from larger markets such as Sydney and San Francisco to Kansas City and we could not be more excited to add that to the South Plaza line-up,” said Tiffany Ruzicka, vice president at AREA Real Estate Advisors. “Banksia is a downtown destination and their Australian inspired concept and cuisine is a perfect fit for the south plaza restaurant row of unique, locally owned establishments.” 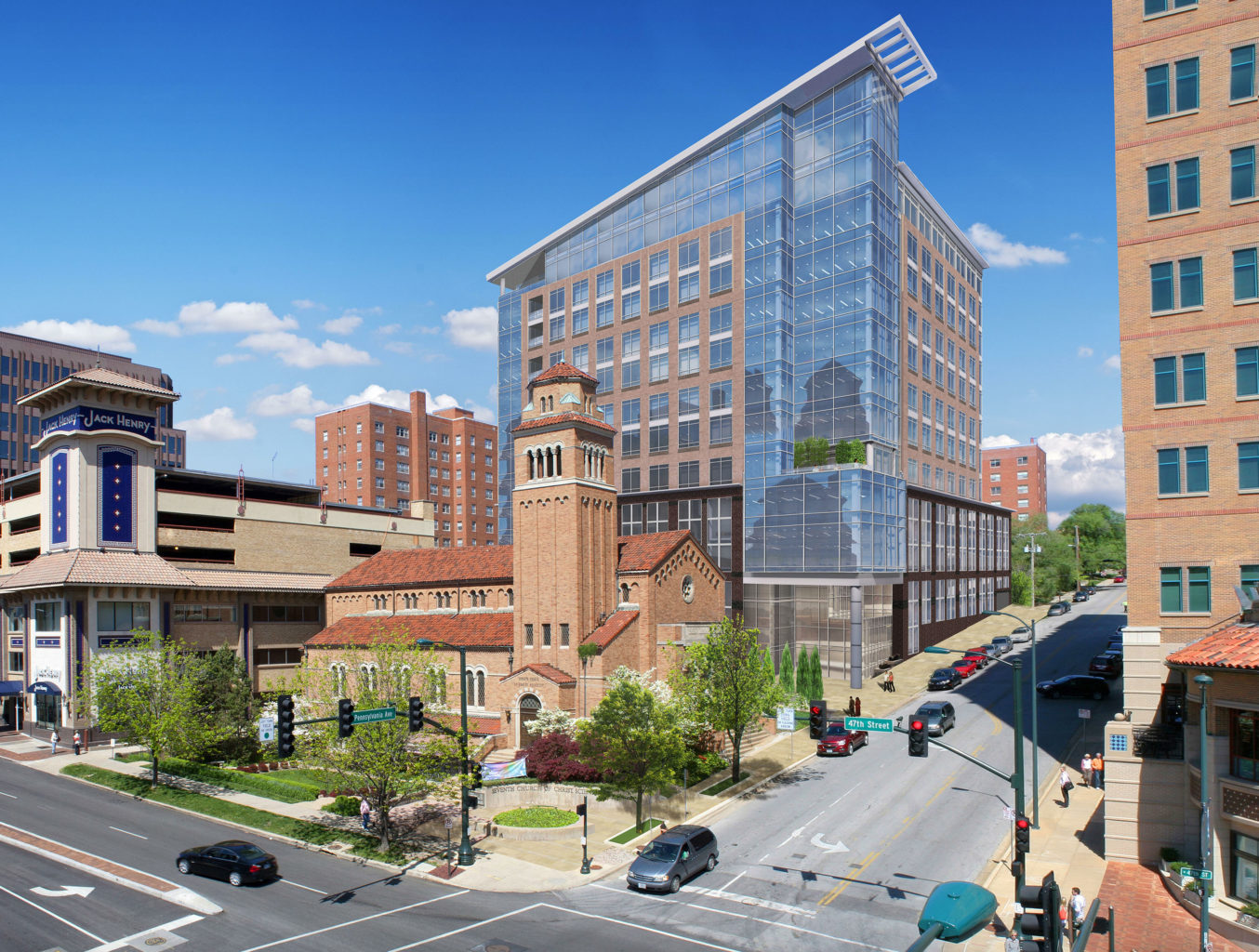 46Penn Centre, the newest high-rise development on the Country Club Plaza, is set to open in July 2020.  The 14-story, 220,000 +/-  SF mixed-use building is currently under construction.  It is set to be constructed with only 4 columns on 1.17 acres of land, making for maximum space plan efficiency.  The building will offer state-of-the-art, world class amenities including 11,000 +/- SF of restaurant spaces below the 209,000 +/- SF of office space.  One restaurant (3,100 SF) will be located on the lobby level, while the second (7,000+ SF) will be located on the ground floor level. The ground floor will be above the lobby floor, but also accessible from the street.  Each of the spaces overlook the Country Club Plaza with access to the covered parking garages. AREA’s Andy Epstein is leading the charge in the leasing of the restaurant spaces.

The Country Club Plaza’s popularity and reputation is one that is recognized throughout the country.  The 15-block shopping district has over 150 shops and dozens of fine restaurants, making it Kansas City’s premier retail, dining and entertainment destinations.  This new development, located at 46th and Pennsylvania, is hands down the best remaining redevelopment site on the Plaza.   Stay tuned for more updates to come!