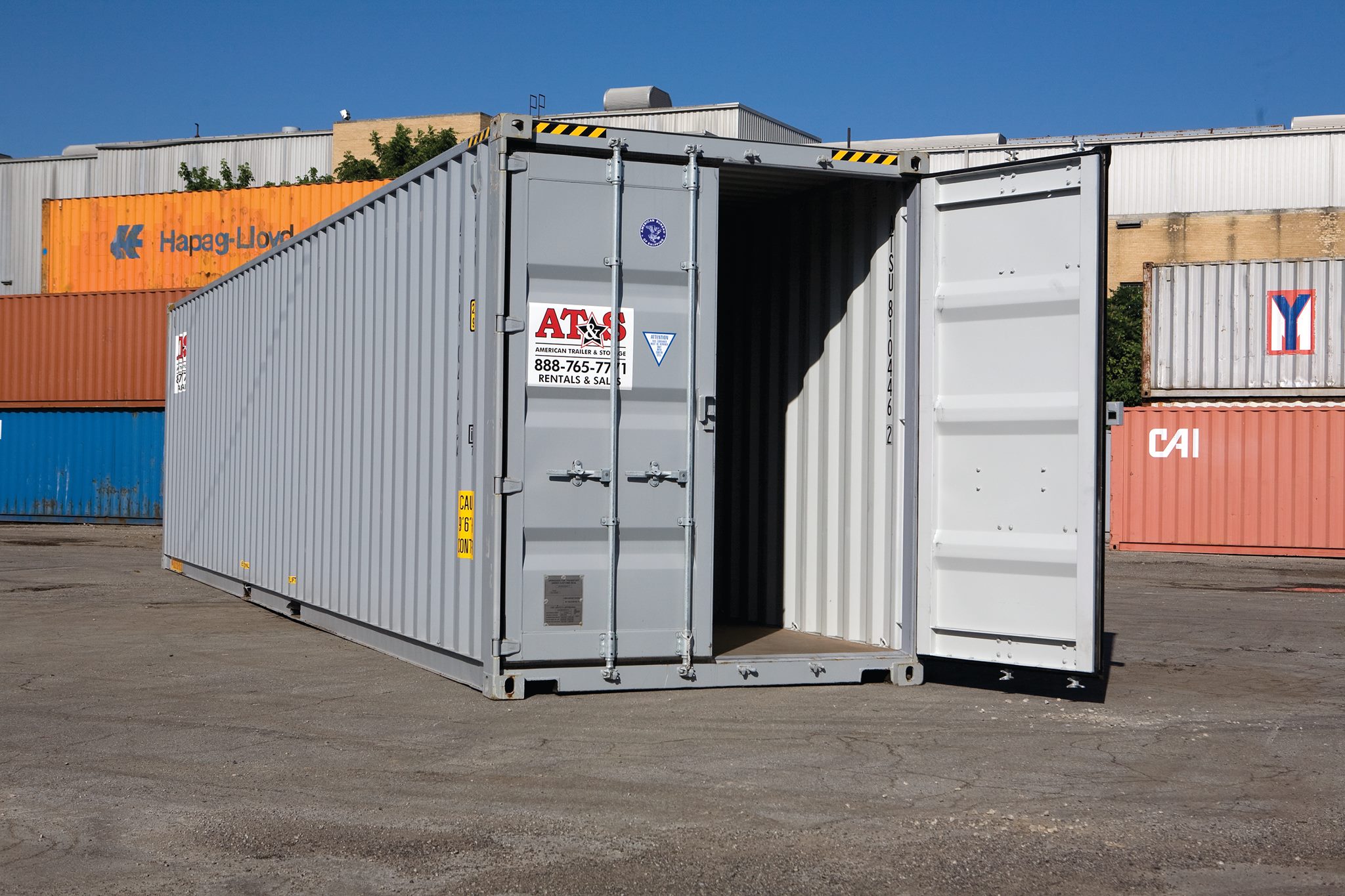 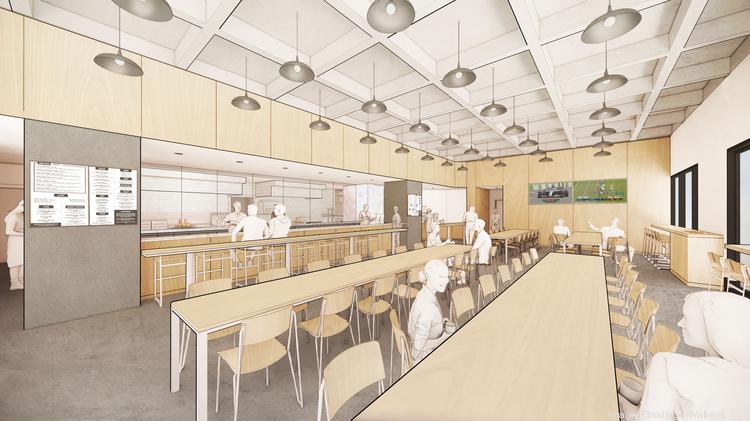 Strang Chef Collective, a culinary offering currently under construction inside Kansas City’s lightwell office tower, has chosen its first chef.  Nicole Shute, a native of Kansas City, will open Verde, a restaurant concept featuring items influenced by her love of Latin American and Spanish cuisine. “My goal is to design culinary experiences that incorporate fresh fruits, vegetables, herbs, and spices into every dish,” Shute said in a release.

Shute has been in the restaurant industry for more than 15 years, most recently focusing on scratch-based cooking as chef de cuisine at the Downtown Marriott. Strang Hall in Overland Park will be hosting a five-course meal to introduce Shute and Verde to the public.

Strang Chef Collective plans to open in November, after supply chain issues have delayed the opening multiple times. Similar to Strang Hall in Downtown Overland Park, the lightwell collective will feature two chef-driven concepts and a full-service bar. They plan to announce the second chef in the next few weeks.

To read more, click here to see the Kansas City Business Journal’s piece. More details on the second chef and opening to come. 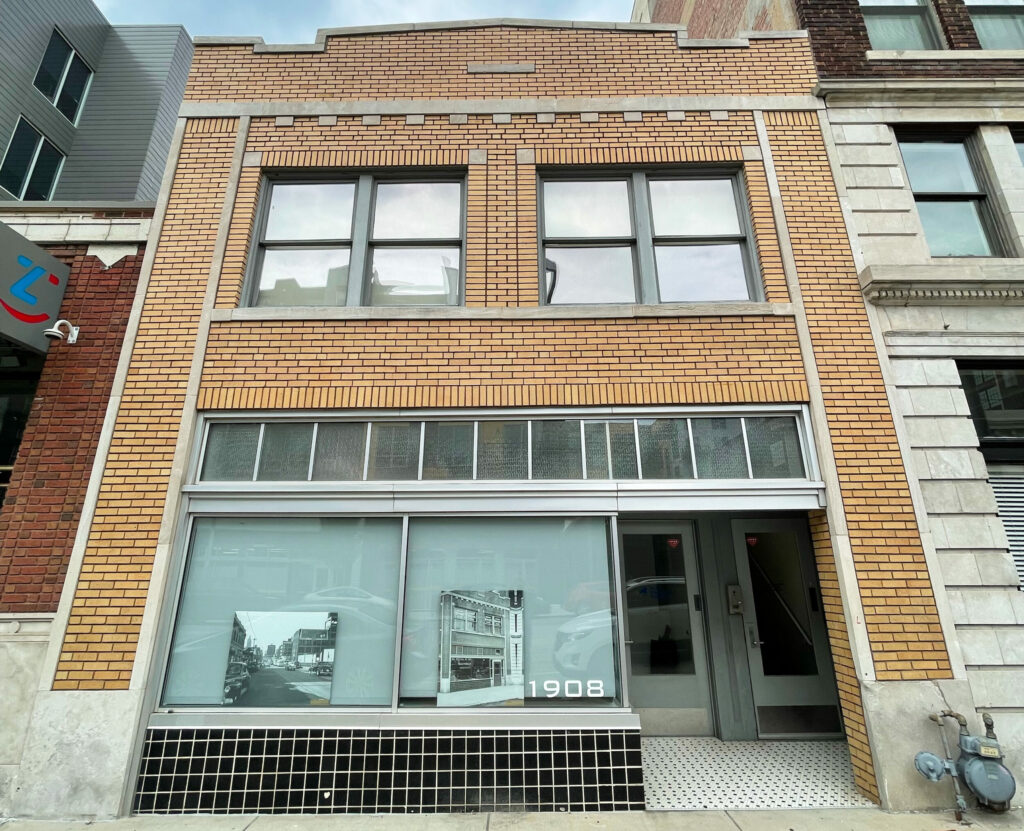 The former Pendergast Building, located at 1908 Main Street has a new owner. Scissors & Scotch, a men’s hair grooming experience salon, will now call the building home.  After a several year search, due to the pandemic, the franchisor found its perfect place for its corporate office headquarters and training center. Once open, barbers and stylists will undergo training on the new headquarters’ ground floor, which Scissors & Scotch will design to resemble one of its shops, with features such as dark wood accents and polished concrete floors.  “We wanted something that was functional, that we were proud to show off, fit the vibe of our shops, and also a place where we could do everything we wanted to do for training in one space,” said Sean Finley, co-founder of the franchise.

Scissors and Scotch aims to have the training center open and operating by the fourth quarter of 2022, with its corporate offices opening shortly after in the first quarter of 2023.  With three Kansas City area locations already open, Scissors & Scotch’s offers men’s haircuts, shaves and grooming with spa-like services, such as a steamed towel

America’s leading economist of urban life, Edward Glaesar, says a return to the workplace is crucial, especially for the young.

Remote working is no new concept; however, within a few months of the pandemic setting in, the US labor force that was working from home went from 5% to nearly every applicable American. Today, remote work is a “white-collar norm”. Nationwide, office attendance is down about 19% compared to pre-pandemic with tech hubs, like San Francisco, still down 52%.

Glaesar has mixed feelings about the long-term effects on all of this. The future of work favors choice. Rather than thinking there’s only one way to live or work, many will look to a hybrid model. That can’t be said for all, workers in the later stages of their careers, may settle for going fully remote. Glaesar doesn’t think it’s “absolutely necessary” that every employee get back into the office, but there will be an even larger negative impact on cities if it doesn’t happen.

Cities are among mankind’s finest creations – engines of entrepreneurship, inventiveness, and economic growth. Glaesar describes the pandemic as a direct and withering assault on cities. “If you take the definition of urbanism,” he says, “a city is the absence of physical space between people. A city is density, proximity, closeness.” Social distancing amounted to “the rapid-fire deurbanization of the world.” Americans went from willingly paying a “hefty premium, whether we were an advertising company on Madison Avenue or an ordinary 22-year-old who just wanted to be in New York, to all of a sudden wanting to have no one around us whatsoever.”

With the threat of Covid on the demise, will employees go back to work in their city offices? This question isn’t just being asked by employers but also city officials, service workers, street vendors, etc. The service industry accounted for 32 million American workers in 2019 – a fifth of the American labor force. “These workers thrive by providing services to people that come to big offices” and may be hit particularly hard. This can also be said for the collaboration network of workers. Since the rise of remote work, employees find it much harder to collaborate and bounce ideas off their co-workers.

So the question lies: CAN companies get their employees to come back into the office? Glaeser thinks it’s an absolute possibility through their wage power, it will just come down to how much it will cost. To read the full article in the Wall Street Journal, click here.

It is no question that the pandemic has changed the way we’ve gone about working.  While the work does not go away, the way in which we operate is evolving. In today’s world, we are seeing the trend to focus in on the quality of space, rather than the quantity of space for employees. Our spaces are used to bring teams together to collaborate, as opposed to being a place to go to be heads down focused.

The Kansas City Business Journal interviewed AREA’s Tim Schaffer on what he forecasts for the office market to see in the coming years. Here is his take:

•  We are seeing many companies going with a “remote first” strategy- where working remotely is the primary option for most or all employees. This strategy isn’t new, it’s been exercised by sales force organizations for years, but is now bleeding out into other industries. Those that are employing a remote first workplace envision their space more as a club house. While heads down work is done out of the office, companies still need an office to meet clients, recruit, train, collaborate and celebrate success to support and enhance their existing culture.

•  In the past we were always looking for companies adding employees and expanding; but today, just because you are adding employees doesn’t mean you need more space. Although we are still looking for expanding companies, we are also catering to those companies that are getting smaller. A 50,000 square foot company may only need 10,000 square feet today and as a result they can’t put the same meaningfully scaled amenities within their space that they once had. Thus, they are looking for the building to do more for them than just provide space for desks. An example of this is at Lightwell, where we designed an ecosystem that provides all of those environments that use to be within a tenant space, outside their space within the building. This includes large training rooms, and breakout private conference rooms, all equipped with video conferencing technology for small groups up to the entire company that may want to have a sales meeting with their office in another city; a tenant lounge with a pool table and stereo system for after work team building; and full building Wi-Fi so that employees can work anywhere in the complex. Food and beverage options within the building is our last piece, which will be in place this summer. Made in KC will be opening their coffee shop on the first floor and Strang Hall will have three chefs serving every day with a full bar for after work meet ups. Our strategy was in place pre-pandemic, so we didn’t pivot to meet this change. The world pivoted, and we happened to be in the right place to help companies deliver a one-of-a-kind environment for their employees, one that increases value to each employee even as their footprint grows smaller.

•  As we make our way through this year into mid-2023, we are going to see a clear path of everyone’s plans moving forward. There will be a lot more moving around of tenants and finding quality buildings to reduce footprint but still have that great environment for their employees.

To read the full article in the Business Journal, click here.