Common area renovations are complete at lightwell in Downtown Kansas City! The 30-story office tower at 1100 Main Street has newly designed and furnished spaces for their tenants including 2 lounges, a training room, multiple conference rooms, and even an art gallery/event space.

The lounge/common areas boast a unique, vintage finish that serve as the perfect place to relax, entertain clients or host informal meetings. Large TVs, a pool table, vintage stereo system and a beverage station offer an array of amenities for lightwell’s tenants. The first floor welcomes tenants and guests with The Haw Contemporary Art Gallery, which features rotating exhibits, and serves as a large event space for up to 438 people. It will include a soon-to-be-announced coffee shop serving all of downtown. 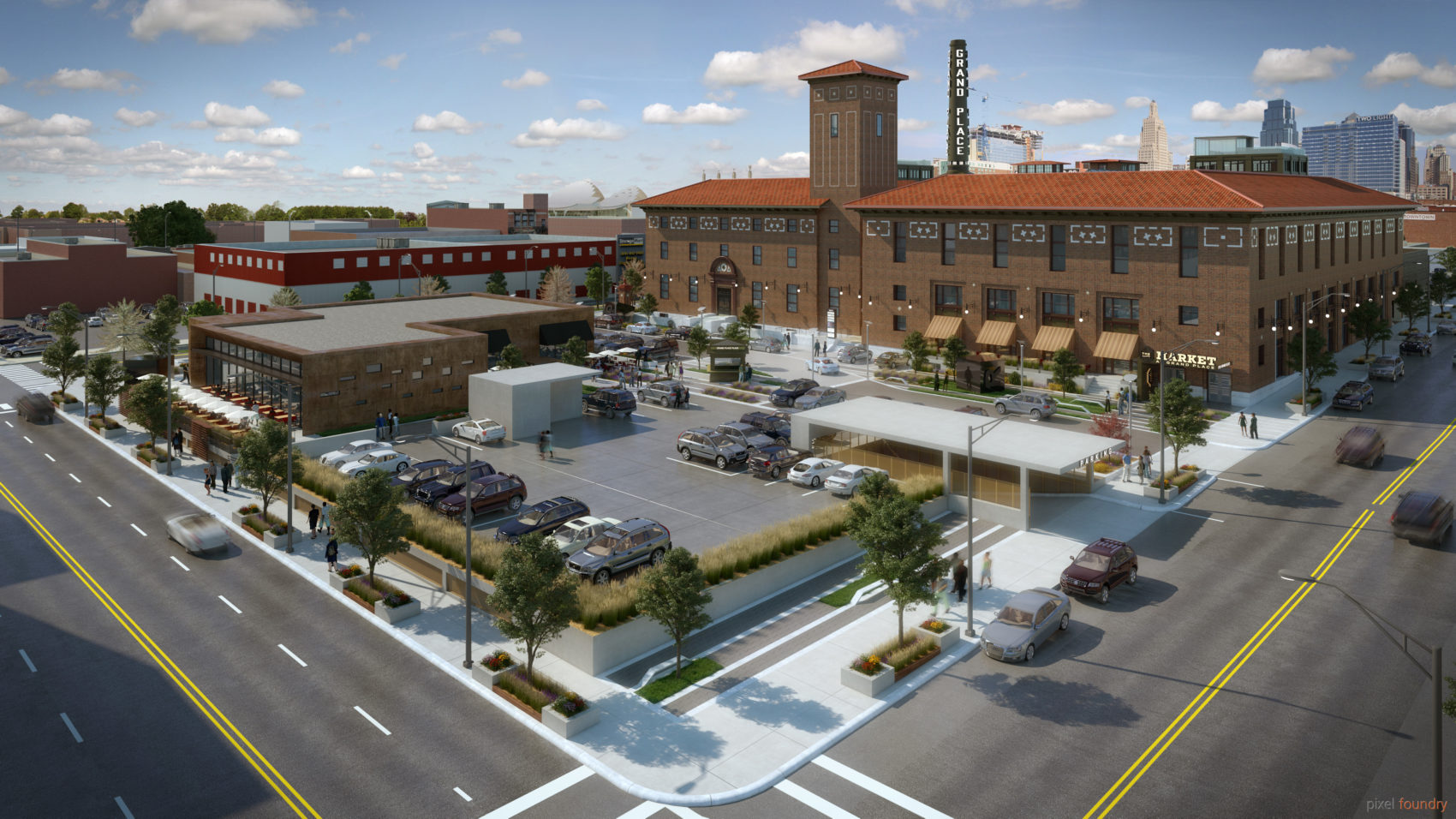 Grand Place, the $98 million redevelopment of the Kansas City Star building, is working towards being the next best thing in the Crossroads Art District, establishing a benchmark for leaders in innovation, business, design and community.

To make Grand Place unique for the Crossroads Art District, they will be putting aside 12,000 SF of free space for incubator artists to use for two years, creating a festival for the space, and incorporating commission pieces throughout the building. The commission pieces will include four nine foot chrome letters S, T, A and R that’ll be placed throughout the plaza, artwork commemorating the newspaper industry in the lobby, and a sculpture utilizing about 1,000 old valves removed during interior demolition. “The project is infused with art and the relationship with the Crossroads Arts Community as well as preserving the history of the building and the KC Star,” said developer Vince Bryant of 3D Development.

“We hope we can take this very large building and make it part of this annual festival and draw people in, very similar to the ArtPrize festival.”

Grand Place redevelopment is located between 17th & 18th Street on Grand Blvd. The redevelopment will include: a rooftop patio with bar and skyline views; a clubroom with breakfast and lunch service for tenants, guests and private events; a boiler room converted to an upscale barbershop, spa and locker rooms; a European style market and food hall with 15 kiosk kitchens, a bar, lounge and cafe; and finally a private plaza drive for guest arrival and pick-up items from the Market Place. Along with all of the main building amenities, the redevelopment will also include a future restaurant, office building and bank/retail site with an approved drive-thru.

To view the City Scene KC‘s take on the future and finances of the Grand Place, click here.

To listen to AREA’s podcast with Vince Bryant, click here. 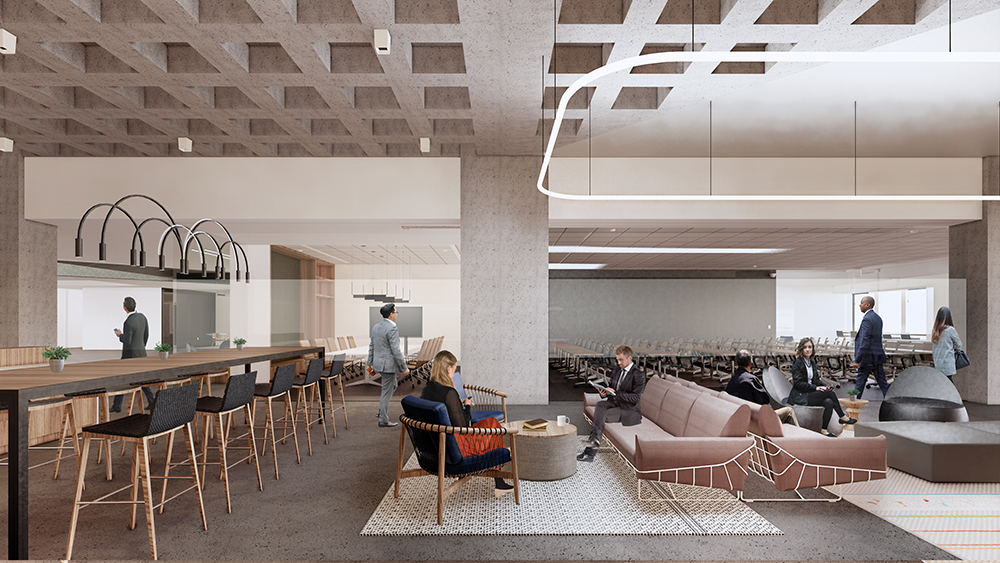 Repositioning the formerly tired Class B office building known as City Center Square into lightwell, a Class A tech hub has secured another tech company lease for the building. The Kansas City Tech Council, who currently offices in lightwell’s WeWork space, will have it’s own space on the building’s 2nd floor. The KC Tech Council is the regional advocate for the tech industry, working to grow our city as a tech hub.

They will be taking 2,100 square feet of office space. They will host tech industry events as well as computer programming training in the newly renovated conference spaces.

To read more on what attracted KC Tech Council to lightwell, click here for the Kansas City Business Journal’s article.

DGX, Dollar General’s newest urban store concept is coming to a 4,800 SF space at 20th and Main in the new City Club Apartments development in the Crossroads. The store will include  grab-and-go foods, home cleaning supplies, home décor, electronics, pet supplies, paper products, coffee and fresh fruit and vegetables all at everyday low prices that Dollar General is known for. The opening of DGX is planned for early 2020, along with two new restaurant tenants which are to be announced soon.

First to the KC Market, DGX is in cities including Nashville, Raleigh, Philadelphia, Cleveland, Tulsa, Oklahoma City, Omaha and Columbus. DGX is hoping to open 20 new stores in 2020. Its goal is to provide an attractive exterior and impressive interior to downtown customers, all while providing the intersection of value and convenience for its customers. 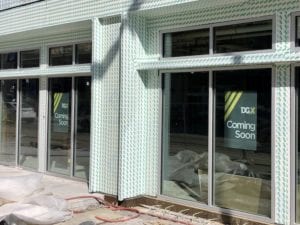 The City Club Apartments will be home to 283 apartments and penthouses and 10,920 SF of retail and restaurant space. The complex is located within easy access to the CBD amongst Kansas City’s most popular destinations, restaurants, nightlife, etc. City Club Apartments also benefits from being on the streetcar line, across from The Rieger. The apartments will include a rooftop pool, entertainment club room and incredible walkability.

To read the announcement in CityScene KC, click here. 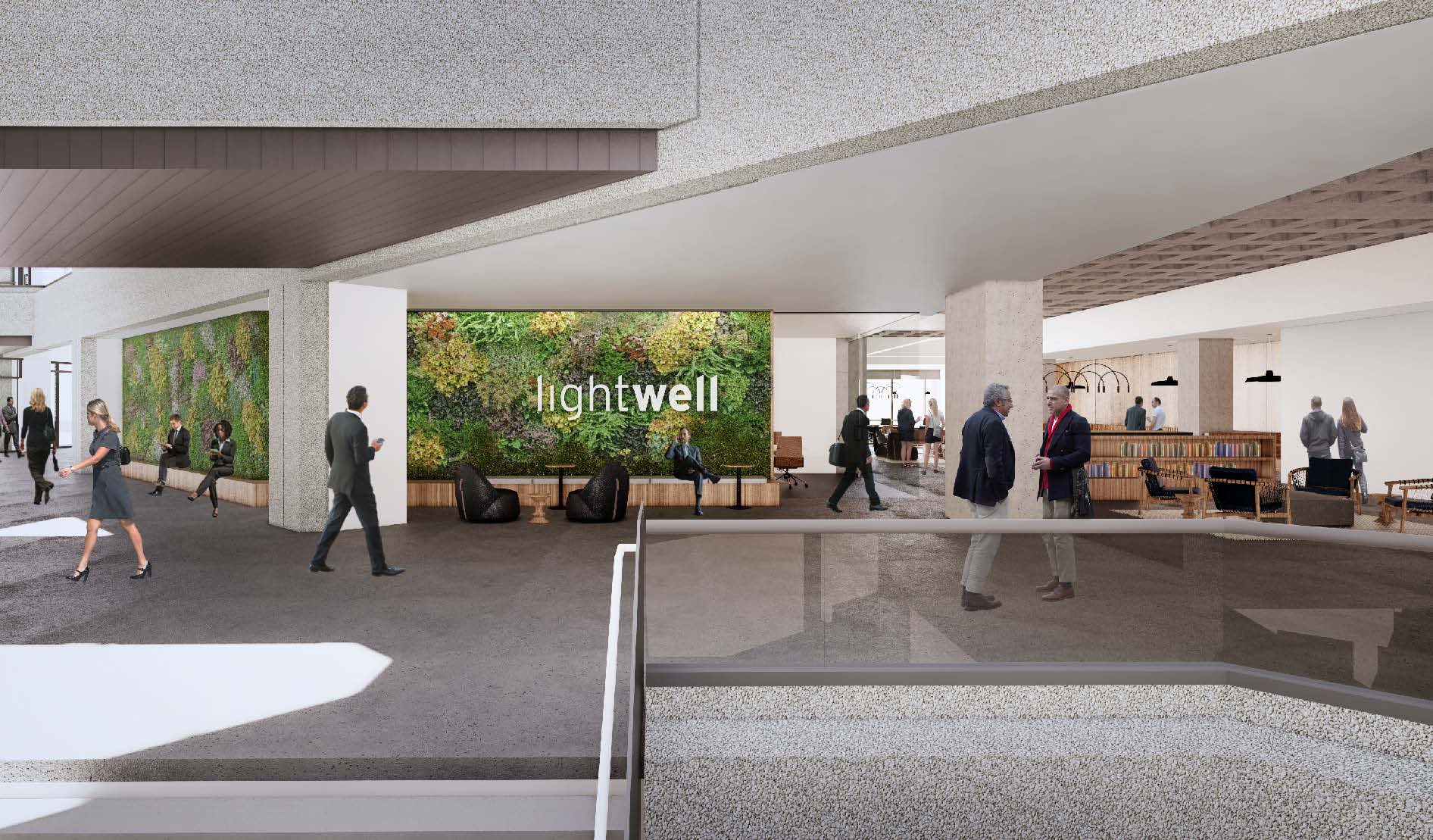