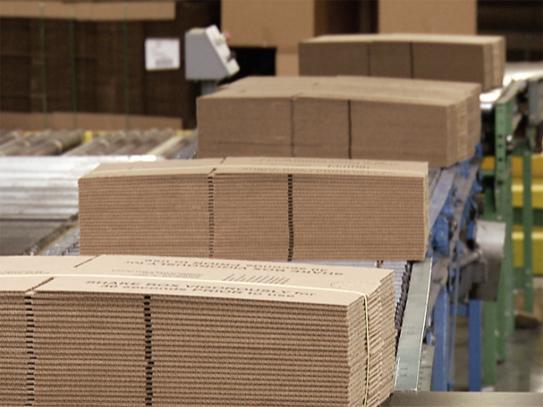 AREA Real Estate Advisors is representing the Owner of General Plaza Retail Center in the sale and repositioning of the property from a shopping center to a new manufacturing and distribution facility. Bennett Packaging, a Lee’s Summit based corrugated packaging and display designer and manufacturer plans to consolidate its Kansas City locations into a 524,300 SF corporate campus.

General Plaza Shopping Center, located at 40 Highway & Noland Road in Kansas City, will be renovated over 5 phases and will include 172,000 SF of existing warehouse space (currently home to one of Bennett’s warehouse locations with 15 employees); 20,000 SF of retail space conversion; and construction of 120,000 SF logistics warehouse and distribution center. AREA’s Mary Crowe, Brent Peterson & Cory DeLong represent the Landlord.

Bennett’s other Kansas City locations is an underground facility in Lee’s Summit, where 118 employees will transition from. They have an additional location in Wichita, KS.

Bennett Packaging, a woman-owned business, was founded in 1987.

For more about the redevelopment of this site, read The Kansas City Business Journal’s article here.

Kansas City has always been a center for commerce and in recent years, has established itself as a leading distribution center within the United States.

According to the Kansas City Area Development Council, “Kansas City is experiencing one of the largest industrial booms in its history and is a center of choice for warehousing, manufacturing, and distribution.  Business has prospered in large part due to the region’s abundant multi-modal transportation network.”  In 2017, the metro saw growth in distribution facilities from 100,000 to 1.2 million square feet, which included eCommerce companies like Amazon, HyVee Aisles, Dollar Tree, Spectrum Brands, and Horizon Global.

So, what makes Kansas City so attractive to large distribution centers?

According to a recent USA Today article, “Trucking companies nationwide are about 60,000 drivers short; a gap that is expected to grow in the coming years and could threaten U.S. supply chains.”

The American Trucking Association warns driver shortages could reach six-figures by 2024.  As over the road, truckers continue to age and head into retirement, the question becomes who will continue to fill the need and what does the future of this vital industry look like?

There is a constant need to keep recruiting drivers given the shortage of drivers currently facing the truck industry.  While hiring, training and retaining drivers over the long-term is crucial and has its challenges, it all begins with the recruitment of the right candidates and giving them a reason to stay.  To this end, benefits for truck drivers have become more crucial than ever because all motor carriers are facing the driver shortage.  Above industry-standard benefits, could mean the difference between a fleet of drivers that stick around and one that leaves looking for better perks.

Consider these five benefits that could help the driver retention:

In the past three years, developers have started 24 projects across the United States to convert former retail space into industrial warehousing, according to a recent analysis by CBRE.

The trend of retail to warehouse shows no sign of slowing down, and makes sense for a handful of reasons, here are a few:

Kansas City will continue to see this trend continue, in large part due to its existing infrastructure. From a logistics standpoint, the metro has a multitude of interstate miles coupled with reasonable traffic patterns for a city of our population size. We can expect to see blighted big box stores put to use in new ways across the city.

If you are interested in learning more or hearing about former big-box real estate options that could work for industrial purposes, I’d love to talk to you about it.

If you’re thinking, “We just have a small office lease, it won’t be a big deal to us,” you could be in for a bit of a surprise.

Heather Winiarski, shareholder at Mayer Hoffman McCann P.C., who specializes in lease accounting, recently told me; “The most significant change in FASB’s new leasing standard is the requirement of operating leases to have a lease liability recorded on the balance sheet at the present value of future lease payments. These potentially substantial assets and liabilities, once only disclosed in the footnotes, will now be placed directly on the balance sheet.”

Ok, why is this important, and what do you need to know?

What does this mean for the future? Some of the clients I have talked with have indicated that the change in accounting for leases might have some impact on the tax benefits of leasing versus buying; however, most at this time are not planning to make any changes in company real estate strategy.